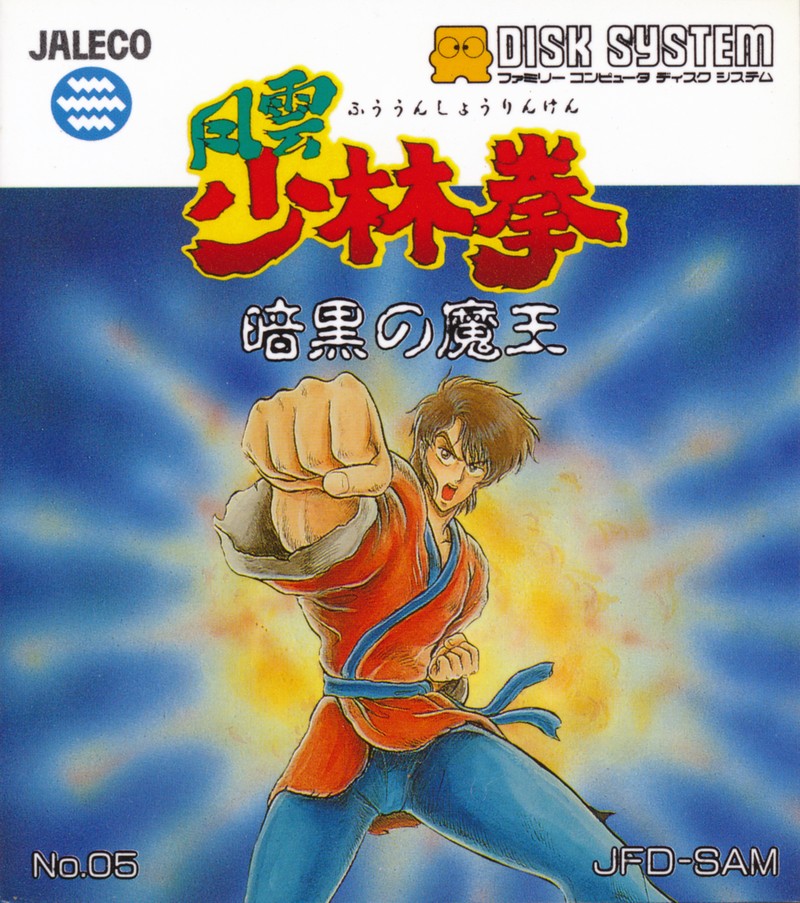 Fuuun Shourin Ken: Ankoku no Maou (風雲少林拳 暗黒の魔王, Hiragana: ふううんしょうりんけん あんこくのまおう?) is 1988 versus fighting game and visual novel developed and published by Jaleco for the Family Computer Disk System. It is the sequel to Fuuun Shourin Ken, which was published almost exactly one year prior. Like its predecessor, it features concepts such as a distinction between punch and kick attacks, relative directions, and a health bar for each fighter.

Ankoku no Maou combined the one on one fighting aspect of the game with a visual novel presentation that allowed you to select your next opponent. It also altered the control scheme to something slightly more conventional. All punch attacks are performed with

while all kick attacks are performed with

. Pressing both buttons allowed for special actions like leaps and jumping attacks, and blocking was performed by pressing up on the control pad.

In addition to all this, the game also supported the Famicom 3-D System which enabled players to perceive depth in the game by wearing a specially designed headset which placed shutters over either eye extremely rapidly.