This is the first game in the Gee Bee series. For other games in the series see the Gee Bee category. 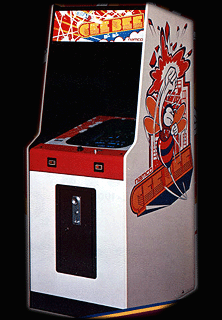 Gee Bee is Namco's very first arcade game, which was released in 1978, and licensed to Gremlin for its US manufacture and distribution; it was designed by Toru Iwatani, who would later go on to create Puckman, Pole Position and Libble Rabble. When Iwatani joined up with the company in the previous year, he had originally wanted to design pinball machines for them, but they weren't keen on the idea, so this game and its two resulting sequels (Bomb Bee and Cutie Q, which were both released directly by Namco the year after it) were their compromise - and the table's components are explained below. 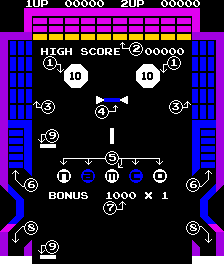