Kagekiyo's appearance in the Small and Overhead Mode stages. 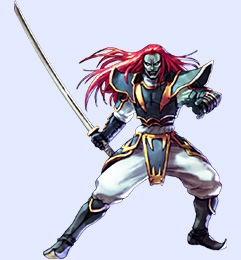 The protagonist of the game. Having fallen at the battle of Dan-no-ura in 1185, he has now been resurrected by prayer's alms (read: player's credit) and has to make his way over the Imperial Regalia of Japan while fighting enemy characters based on actual people such as Minamoto no Yoshitsune, Saito Musashibo Benkei, and Minamoto no Yoritomo on his travels. 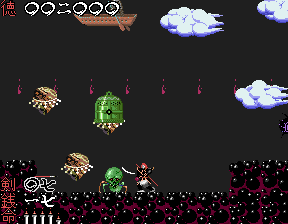 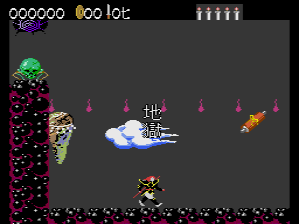 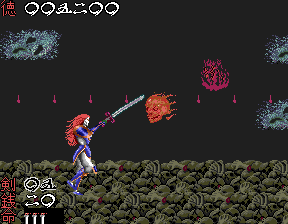 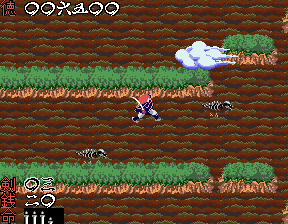 Over Mode stages in arcade version

Kagekiyo will be travelling through ancient Japan consisted by three types of stages.