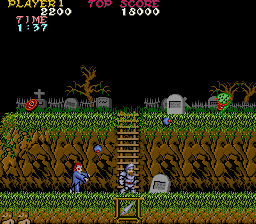 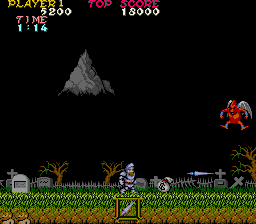 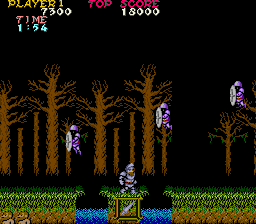 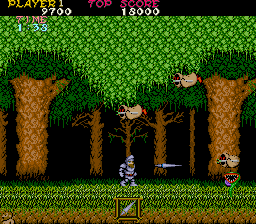 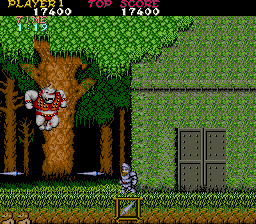 A single Unicorn guards the key that grants you access to the fortress doors and the stage beyond. As tough as he is, he is easier to deal with than the Red Arremer. He will jump up and down a number of times as soon as you start attacking him. Be sure to jump up and down with him and attack from a fairly safe distance. If he seems to pause for a moment, be prepared for one of two things: a fireball or a rush attack. The fireball is easily avoided simply by jumping over it. The same cannot be said of a rush attack. If you know that you have very few times left to hit him before he dies, you can try to kill him before he reaches you. Otherwise, run as soon as you realize that he's coming, because it's not possible to jump over a Unicorn. Your only hope is that he runs out of steam before he hits you. If you're still wearing armor, sacrifice it if it means gaining the opportunity to kill him. You'll get new armor when you collect the key.

How to play
Appendices
Walkthrough
Retrieved from "https://strategywiki.org/w/index.php?title=Ghosts_%27n_Goblins/Stage_1&oldid=807487"
Hidden category: