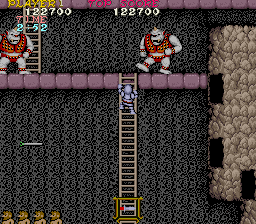 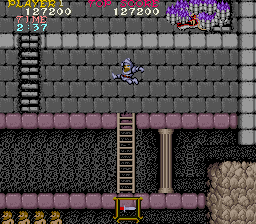 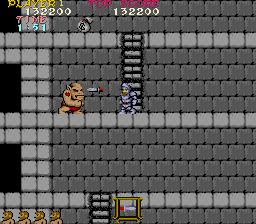 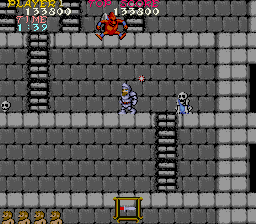 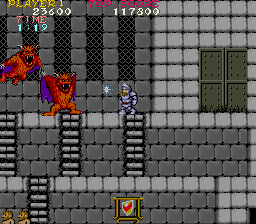 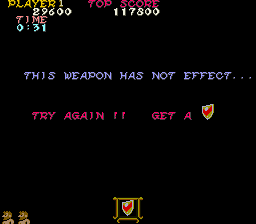 This is the ultimate nightmare: two Satans. You will likely encounter the Satan on the left first, and the Satan on the right second. Make sure that this is the case so that you can engage the left one without fear of attack from the right one. You must do your best to attack each Satan one at a time. Lure the left Satan down a few levels with the ladders in order to ensure that the Satans can not gang up on you. Furthermore, you must complete this battle using the Shield/Cross, because you will only be granted access to Stage 7 if you possess the Shield/Cross. Otherwise, your reward for beating both Satans will be the message screen shown to the right. After that, you will be sent back to the beginning of Stage 5, where you will have to face all of the monsters again, only you must be sure to collect the Shield/Cross this time. 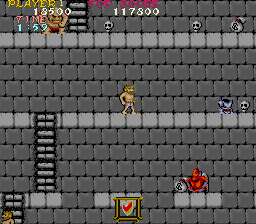 Since it is very likely that you will have lost your Armor when dealing with the Unicorn, especially if there were two, the game very nicely provides you with an extra set simply by walking across the floor above the Red Arremer that sits on the small island platform.

How to play
Appendices
Walkthrough
Retrieved from "https://strategywiki.org/w/index.php?title=Ghosts_%27n_Goblins/Stage_6&oldid=880891"
Hidden category: