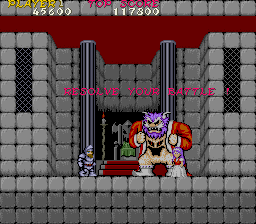 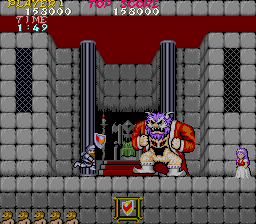 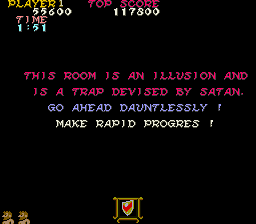 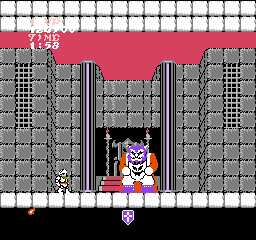 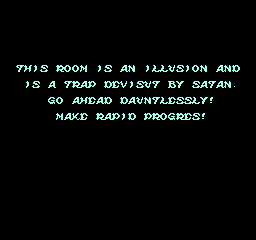 The fight against Astaroth is fairly faithful and accurate to the arcade version. You may find that the range of space where Astaroth is vulnerable to your attack is a little more forgiving, but also slightly higher than you would expect (roughly between the bottom pair of eyes and Astaroth's beard). True to the arcade, you must also finish this version twice in order to see the true ending. Thus you will see the message presented on the right (with one more spelling mistake compared to the arcade) upon beating Astaroth the first time.

How to play
Appendices
Walkthrough
Retrieved from "https://strategywiki.org/w/index.php?title=Ghosts_%27n_Goblins/Stage_7&oldid=763008"
Hidden category: