The original version of the game was released in Japan for arcade systems, then localized to North America and Europe.

Originally ported to the Famicom for Capcom by Micronics. Published in Japan in 1986 and later released in the United States and Europe for the NES. This conversion preserved a majority of the game play while adding many more secret hidden items, and it gave the boss monsters invulnerability to one particular weapon. It has served as the basis for nearly as many conversions as the original arcade version has.

To select a stage, hold

at the title screen and press

three times. When you start the game, you will be presented with a stage selection window that allows you to choose which stage and check point you can start on. This screen reappears each time you lose a life.

Released in Japan only. No further information about this port.

Released in Japan only. No further information about this port. 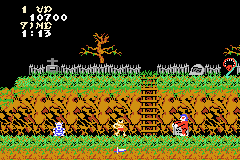 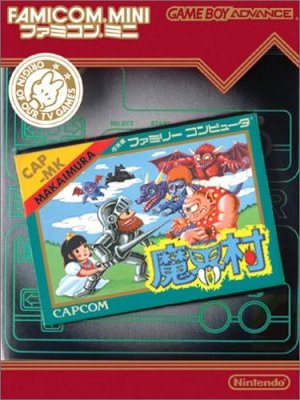 A release in the second set of the Famicom Mini series, it was published by Nintendo on May 21st, 2004. It is a near identical port of the Famicom version with a smaller vertical resolution. Everything else about the game remains unchanged including secret item locations, and cheat codes.

Released for download on the Wii Virtual Console on the 20th of November 2007 in Japan and December 10th, 2007 in the United States. Gameplay is completely unchanged from the Famicom conversion.

Some of these ports were also released in Europe. 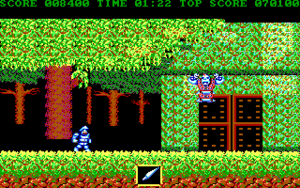 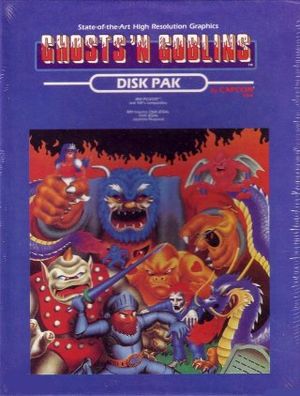 Converted by Pacific Dataworks Int. and published by Capcom in the United States in 1987. 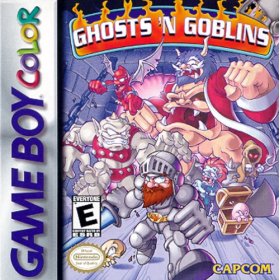 Based strictly on the NES version, converted for play on the Game Boy Color by Digital Eclipse and published by Capcom on December 1st, 1999. It features a zoomed in perspective of the screen. As a result, some of the secret item reveal positions have changed to make their effects more evident. It was not published in Japan.

Released in North America only. No further information about this port.

Released in North America only. No further information about this port. 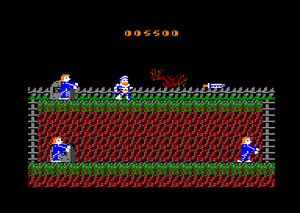 Developed and published in the United Kingdom by Elite Systems in 1986. 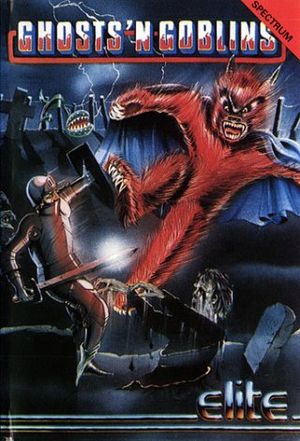 Developed and published in the United Kingdom by Elite Systems in 1986. Generally regarded as the worst conversion of the game.

The first two stages resemble the canonical versions, while the third is unique to the ZX spectrum. To complete the third stage, you can take the direct route by following the floor to the eastern section of the level.

The princess is in plain view but is guarded by two Red Arremers. When defeated, walk up to the princess to rescue her and complete the game ("but worse danger is ahead!"). If you still have armor at the end of the third stage and desire to do so, you can jump into an enemy to glitch onto the floor containing the princess. 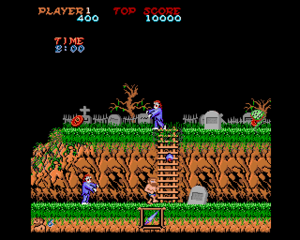 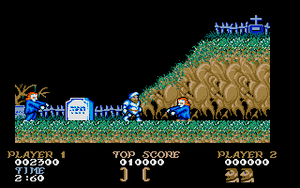 Developed and published in the United Kingdom by Elite Systems in 1990. While it had the potential to be as accurate as the Commodore Amiga conversion, the graphics have been altered.

How to play
Appendices
Walkthrough
Retrieved from "https://strategywiki.org/w/index.php?title=Ghosts_%27n_Goblins/Versions&oldid=882632"
Hidden category: