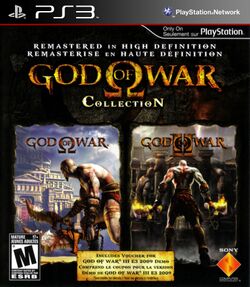 For the PlayStation 3 compilation of PSP games, see God of War: Origins Collection. 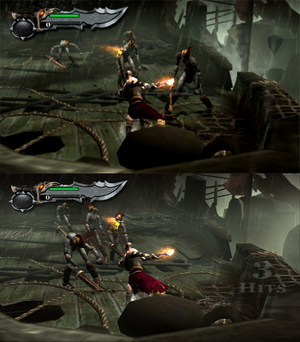 The games were ported by Bluepoint Games and use the features of the PlayStation 3, including high-definition resolutions (720p), anti-aliased graphics locked in at 60 frames per second and trophies. The port was derived from feedback of fans of the series in anticipation for God of War III's release, and was seen as a way to introduce new players to the series prior to that game's release. The God of War III game demo from E3 2009 is included.