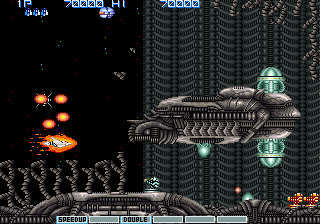 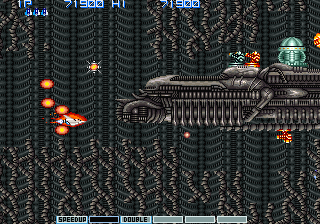 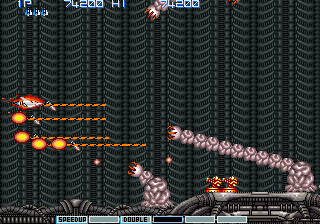 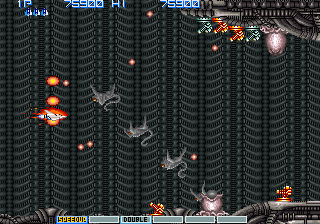 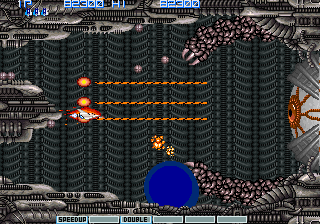 When you reach the end of the stage, you will be greeted by two gigantic tentacles. These tentacles can't reach beyond the middle of the screen, but they flail back and forth, and shoot little particles throughout the room. These particles can be destroyed with your own weapons. Eventually, the object that the tentacles are guarding reveals itself to be a gigantic eye. The only time this boss is vulnerable to attack is when the eye lid is open. You must shoot it as frequently as possible (assuming that the tentacles aren't getting in the way of your shots) before the eye ejects a giant boulder that it sends straight in your direction. The boulder cannot be destroyed by your weapons so you have no choice but to avoid it. Once the boulder has passed, reposition yourself so that you are prepared to do maximum damage to the eye when the lids open again. All the way, continue firing your weapons to avoid the dangers of the particles released by the tentacles.