Catalina has deployed three cars with four cartel members each around Shoreside Vale to kill you. Asuka has arranged a Yakuza trap near the dam, so you must lure the cars to the trap one by one. 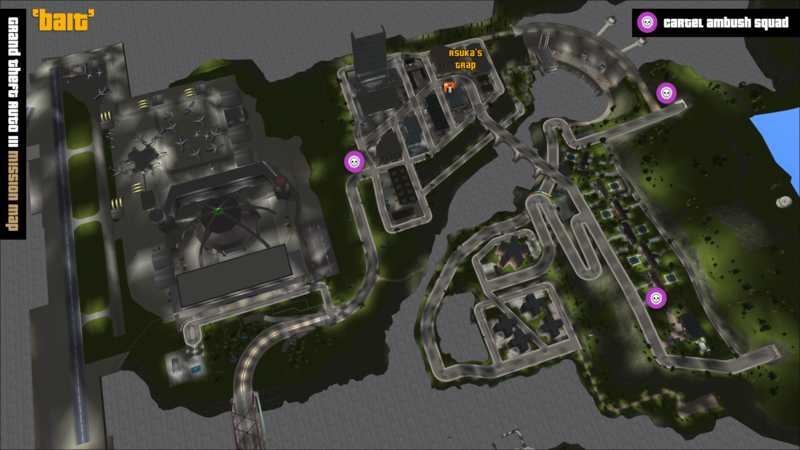 Cross the lift bridge to Shoreside Vale and you'll soon encounter the first squad near the airport. Each squad drives a Sentinel and will be pretty aggressive in pursuit. You can't try anything too sneaky here - if the cars are destroyed, a squad member is killed or exits the vehicle before you arrive at the ambush site, you fail. There's a Pay-n-Spray near the site to patch up after each chase.

When you arrive at the ambush, you can pull over to the right alley near the unique jump ramp and wait in relative safety for the well-armed Yakuza to kill the squad. If any members manage to survive or escape on foot, they are then fair game for you to take out directly. There is no penalty if you kill Yakuza, but it might make the ambushes a bit harder if you aren't prepared for a firefight. 12 kills will complete the mission.