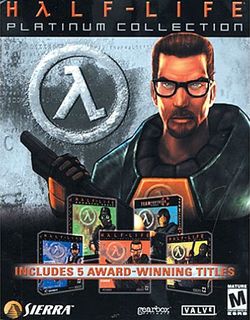 Half-Life: Generation was released in 2002 as a compilation of three Half-Life games. The first edition consisted of three games and usually came in a red cover. The second edition was reissued in the same year with a blue cover and one additional game: Half-Life: Blue Shift. This second edition is sometimes referred to as the "Blue Shift edition".