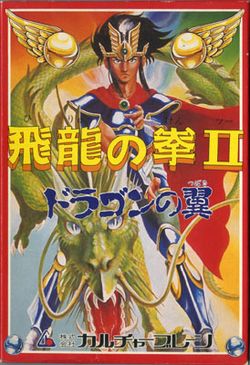 Elements such as transformation and Buddhist powers have been added to this version. Now there are five people who must become true Dragon Warriors in order to become a complete unit. Scrolling is no longer fixed in one direction; it is possible to move freely throughout side-scrolling sections. There is also a level system, and a password can be obtained at any time, not just when the game is over.

There are two levels of difficulty. Chibiko is the easy difficulty. In the harder difficulty, "Mania," it is much harder to see the true nature of your opponents. You must complete the "Mania" difficulty in order to see the true ending. The Anime RPG mode takes place between certain confrontations with opponents. Certain actions must be selected from a menu, and the corresponding results are played out automatically. A fighting battle mode has also been added.