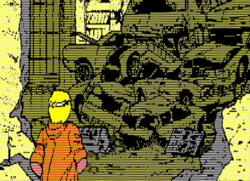 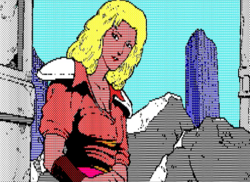 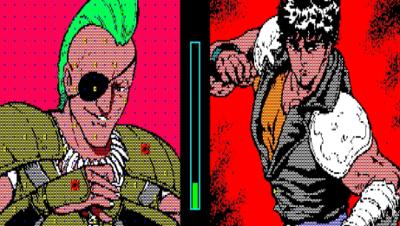 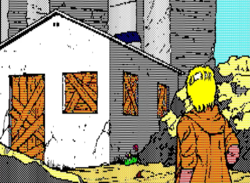 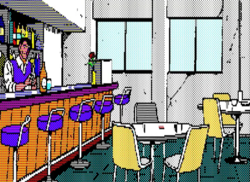 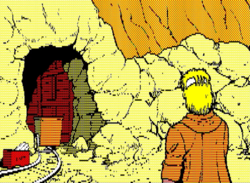 The mines and the villains[edit] 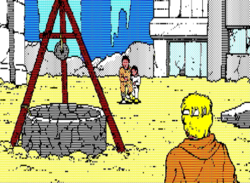 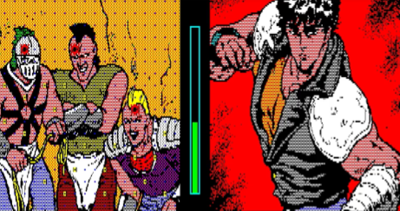 The secret of the village[edit] 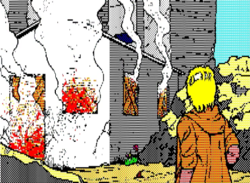 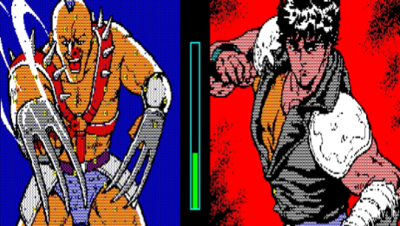 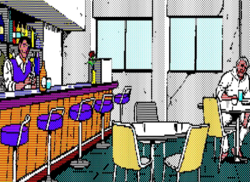 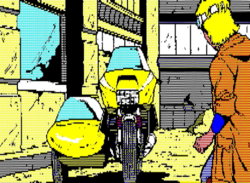 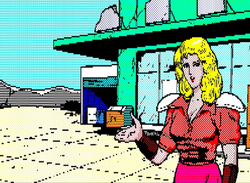 On their way to town, Kenshiro and Bat stop at a gas station, where they happen upon Leila. 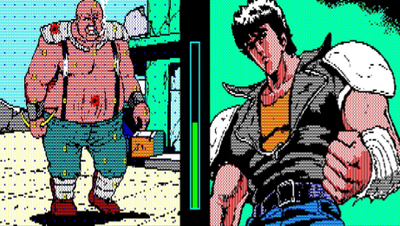 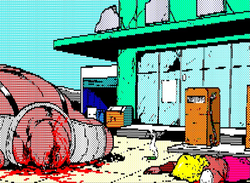 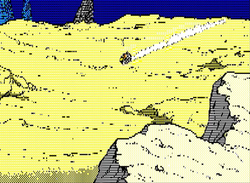 In the next slightly-animated scene, Kenshiro and Bat trek through the wasteland in their motorcycle, but end up colliding with an enemy. The enemy is Jack (ジャック), the brother of Eyepatch. 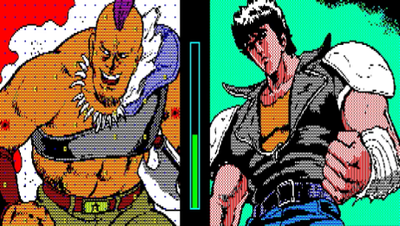 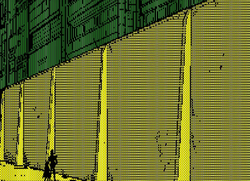 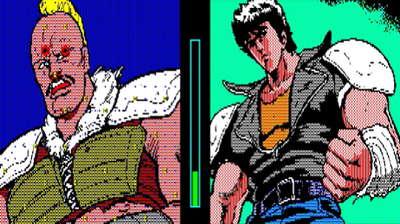 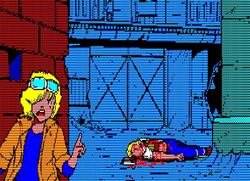 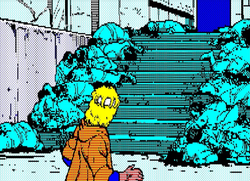 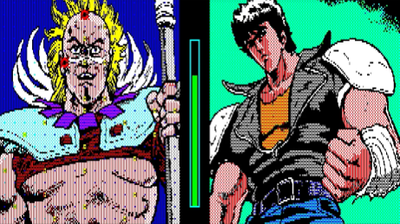 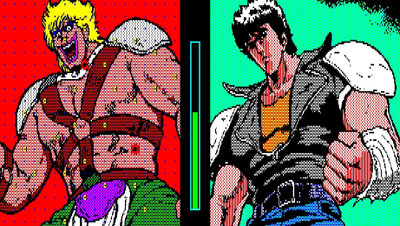 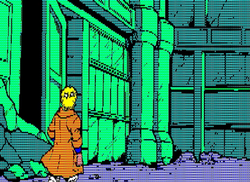 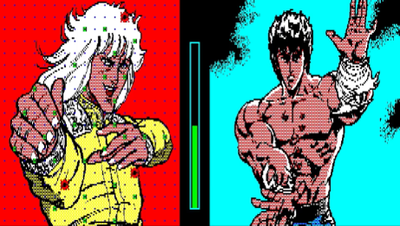 The three pressure points on Shin are on his right elbow, below his left hand, and at the top of his head. A scene follows in which Shin explains, as he dies, that the Yuria with them is actually a doll; the real Yuria jumped off the building long before Kenshiro came, as she couldn't bear to be with Shin. At that moment, Shin does the same, ending his life. Kenshiro recovers the body before walking off into the sunset with Bat.