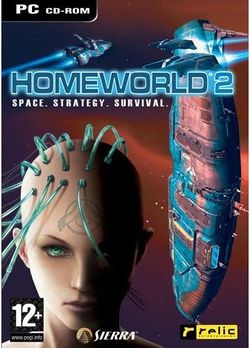 Homeworld 2 is the sequel to the popular Homeworld RTS, and was released in 2003. The game revolves around the Hiigarans fighting the Vagyr, a warrior nation from the fringes of the galaxy who are seeking to conquer them, and of the prophecies and mysteries surrounding the three Hyperspace Cores and the race to find them before Makaan, the Vaygr's leader, does.