Honey Peach is an unlicensed strip rock-paper-scissors, or Ro-Sham-Bo, game for the NES/Famicom. Ports also exist for the publisher's own console, the Q-Boy, as well as for the Game Boy in the form of 4-packs.

The start screen for the game.

The goal of the game is to win two out of three rounds of rock-paper-scissors with a girl to get her to take off an article of clothing. There are six girls, each with three stages of attire before getting fully nude. After winning against a girl, you are given a password to the next match. You can enter the password in the beginning of the game after the start screen to go straight to your favorite girl. 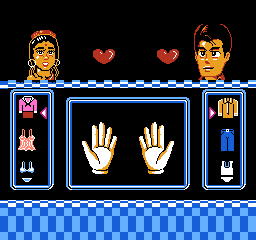 You and the girl each start out with 3 pieces of clothing, and the first to lose all their clothes loses the match. For each piece of apparel, you perform a best of three rock-paper-scissors game. You both have red hearts next to you which track your losses for each round. A loss turns the heart blue, and a second loss means a loss of the round.

If you lose a piece of clothing, you go immediately to the next round. If you win, you see the girl minus one piece of clothing. When you are the first to lose all your clothes you get the game over screen and the game starts over from scratch. If you beat the girl, you see her naked and then move onto the next challenger.

Note: All girls are nude if you win after Round 3. 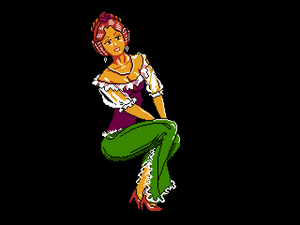 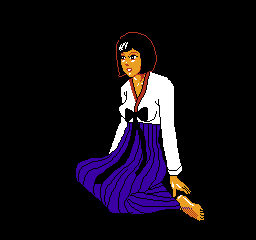 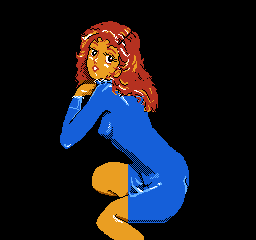 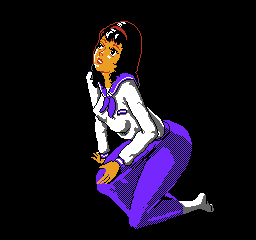 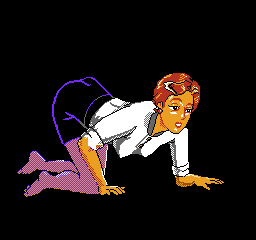