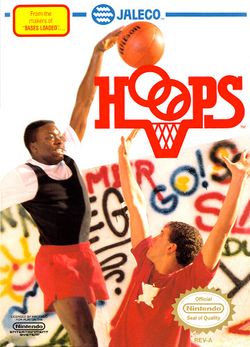 The game is done in a half court style with the player having a choice to disable or enable winners outs. No fouls are called. There is also an around the world mode that allows players to focus on making baskets without worrying about the charging, pushing, and traveling fouls that are found in the standard mode of play.

Characters in the game consist of Mr. Doc, Jammer, Barbie (no relation to the fashion doll), Face, Bomber, Zap, Legs, and Wiz.