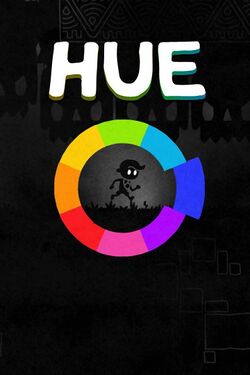 Hue is a puzzle-platformer designed by Henry Hoffman and Dan Da Rocha, originally released for Windows, PS4, and Xbox One in August of 2016. It was ported to the PSVita later that same year and to the Nintendo Switch in 2019

The story follows a young boy named Hue in a search for his mother, who has turned an impossible color after the color tools she created were stolen by the treacherous Doctor Gray.