Occasionally, Kid Icarus: Uprising will break up the action with vehicle segments. These segments allow or require the player to pilot one of several types of vehicles and either traverse terrain or destroy enemies. Usually, these vehicles usually only work in a limited area, and can't travel with the player far on their quest.

Despite its name, the Exo Tank more closely resembles a motorcycle crossed with a stag beetle. This vehicle moves quickly, skewering enemies it runs through. It can also fire twin laser shots with the fire button, and can temporarily speed up using the icon in the lower left corner of the touch screen. However, this vehicle can be difficult to control and aim. 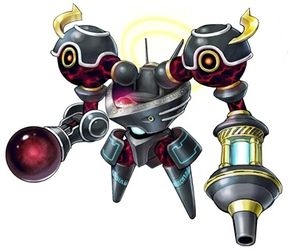 The Cherubot is essentially a small mech suit. Although it has limited mobility, it is great for combat. It sports a powerful rapid-fire cannon for ranged attacks and a strong arm for melee. It's icon allows it to jump limited distances. 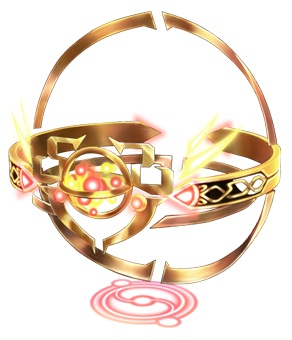 The Aether Ring lacks the traction of other vehicles, but has its own perks. One is how it floats above terrain, allowing it to fall slowly and without damaging itself. Another is its laser fire, similar to the Cherubot. A third is its icon ability, a force field that allows it to block projectiles and slam into enemies to deal damage.

This mighty chariot is only available once in the game. It turns the game into a Galaga-like shooter, taking place from a top-down perspective.

Constructed from pure orichalcum, this mighty weapon constantly changes forms to meet the user's needs. It is only available for one level. All forms are capable of flight and firing weapons, and its controls are virtually identical to that of normal Air Sections of chapters. Its ranged attacks are arguably the game's most powerful, and its main cannon is the only weapon capable of defeating Hades.