Stickers are a feature introduced in the North American and European releases of the game, and have been a feature in every release since (namely, Final Mix and HD). Like the puzzle pieces of Kingdom Hearts II Final Mix, Stickers are scattered all across the worlds, usually reachable with higher level Action Commands such as High Jump, Glide, or Air Slide. Also like the puzzle pieces, Stickers must be placed properly in each character's Sticker Album in order to maximize that character's score, the maximum being 100 points in the original version of the game and 140 points in Final Mix, with a reward of the Rhythm Mixer Command Style. Below are Sticker locations and ideal placements for each character. 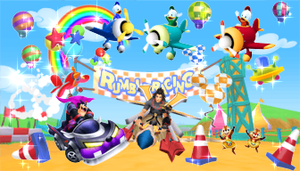 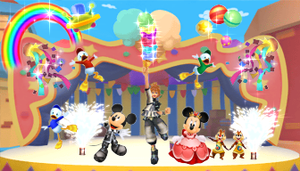 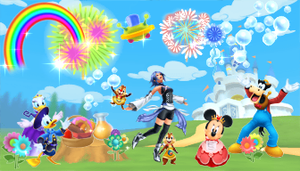