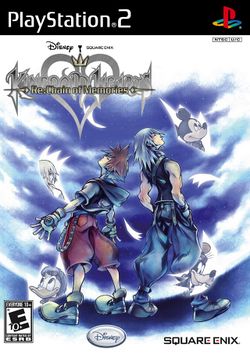 Kingdom Hearts: Chain of Memories was remade for the PlayStation 2, titled Kingdom Hearts Re:Chain of Memories. It was developed by Square Enix's fifth Product Development Division, based in Osaka, and released as the second disc of Kingdom Hearts II Final Mix+ in Japan on March 29, 2007 and as a standalone title in North America on December 2, 2008. It has not been released in Europe or Australia. The remake includes polygonal 3D battles and worlds using the same graphics as Kingdom Hearts, as well as voice acting and an improved soundtrack. While the card-based battle system and room synthesis aspects of the gameplay stayed mostly the same, there were additions, such as the "Reaction Command" function from Kingdom Hearts II. Voice-acted scenes only occur in Castle Oblivion, as well as the Destiny Islands and Twilight Town simulations. The remake also includes new cutscenes and battles that were not in the original game.