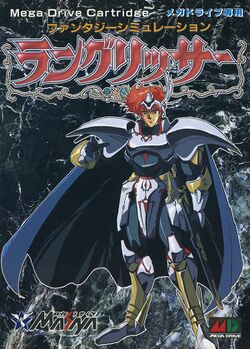 Langrisser (ラングリッサー, Langrisser?) known as Warsong in North America, is a tactical role-playing game developed by Nippon Computer Systems (NCS). The first in the Langrisser series, it blended tactical warfare with RPG elements, similar to the Fire Emblem series. It was initially released for the Mega Drive/Genesis console and the PC Engine (in Super CD-ROM² format), the former version being published by Treco in America. The PC-Engine version was released under the title Langrisser: The Descendants of Light. It was later re-released alongside Der Langrisser (a remake of Langrisser II) in a compilation for the Sega Saturn and PlayStation. That compilation was released for the PlayStation Network in 2009. A full remake of Langrisser I & II was also released in 2019 on both Sony PlayStation 4 and Nintendo Switch and on PC in 2020, featuring new graphics and BGM and also new playable characters and multiple paths through the game for Langrisser I.