Aatrox is one five legendary warriors that are left of an ancient race called the Darkin. In lore, he appears during a battle faced by two armies. He appeared, carrying his living sword, among the ranks of the outnumbered and exhausted force. With his presence that urged them to fight, they watched as he cleaved through the lines of their enemy, and soon found themselves instilled with a strong thirst to fight again and won an unlikely victory. Quickly after the battle he vanished.

Aatrox is a very health-centered melee fighter. He is also a fairly versatile champion in that he can be placed into different rolls. His passive (Blood Well) also gives him some durability as his stored, self-inflicted damage allows him to recover after he receives a deadly amount of outside damage, making him a difficult winged-Darkin to slay. 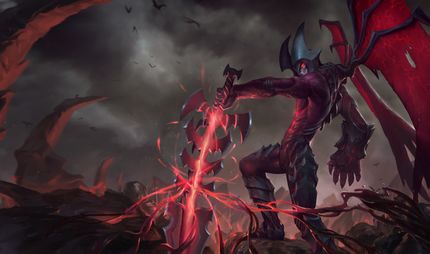 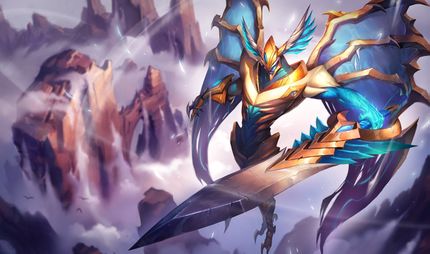