This is the first game in the Lumines series. For other games in the series see the Lumines category. 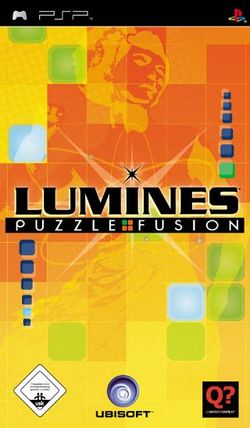 Released in 2004, Lumines was a PSP launch title and the first title to be developed by Q Entertainment. The game revolves around a simple tile deletion process where you must form blocks of four tiles which are the same colour. This particular version is the most successful Lumines game, earning itself a Platinum release and a sequel. It was also remade with extra skins and was released on the PlayStation 2 as Lumines Plus. It is estimated to have sold around 2 million copies since its launch.