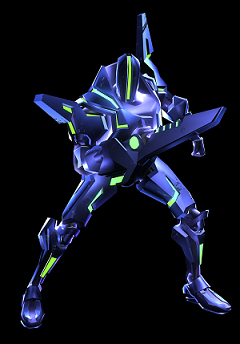 His affinity weapon is the Shock Coil and his alt-form is the Lockjaw. Sylux is good for experts and newbies alike. The Shock Coil is a continuous beam of energy that gets stronger the longer it hits. The Shock Coil when used by Sylux, regains health equivalent to the damage dealt. The Shock Coil is easy to dodge by going into alt-form. The Lockjaw can make bombs with electric wires in between them. If you touch the wire in between two bombs (two can be down at a time the third makes them all explode) they will home in on you and the person who dropped them can rapidly lay more bombs for more damage. If you are caught in between a triangle of three bombs, they will home in and do massive damage. 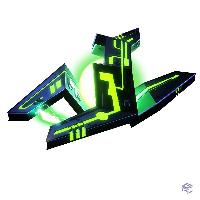 Similar to Samus' Morph Ball, Lockjaw can drop up to three bombs at once. The first two bombs have an electric trip wire between them. Dropping the third bomb make them all explode. When an opposing hunter crosses the tripwire, the bombs are set off. Dropping all three bombs in a triangle around another hunter causes all three to lock onto to that hunter and deal larger damage, enough to kill them if they are under full health, or reduce them to almost no power.