Military Madness is a classic turn based strategy game of futuristic combat. The play area represents marginally industrialized terrain on the Moon, on which your forces (Blue-Allied) battle the enemy (Green-Axis) for control over the opposing player's prison camp. There are 16 different locations to do battle, and each successive board gets progressively more difficult. Each board is played twice, totaling 32 different games. 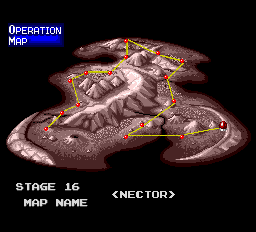 Each board is won in one of two ways, 1) by capturing the enemy's prison camp, or 2) by eliminating all of the enemy forces on the battlefield. Only one of three units may capture a prison camp: the Charlie, Kilroy, or Panther. Typically each board is won by destroying all enemy units in combat.