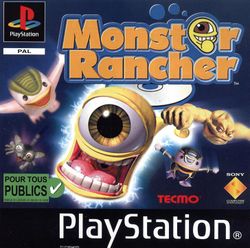 This game involves raising, fighting, and breeding monsters. The main character is never seen on screen and never talks to anyone directly. Instead, all of the dialog and action is done by the trainer's assistant Colt and her toucan Joy. The player chooses his actions and choices through menu options.