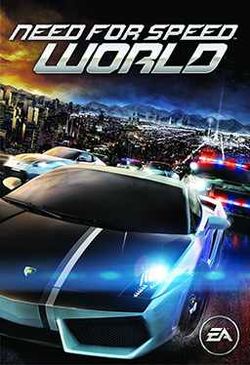 The Starter Pack is a small bundle that costs $20. Players who purchased it before the release got a favoured login, a free orange and black Mazdaspeed 3, removed level 10 cap, and 8000 SpeedBoost points (SpeedBoost is a second in-game currency that you can only get with the exchange of real life currency). This pack is only purchasable until December 31, 2011.

Before September 8, 2010, the Starter Pack had to be purchased in order to remove the level 10 limit. Although many gamers felt that they had been ripped off after the level 10 cap was removed on September 8, 2010. EA gave those who purchased a Starter Pack a free one-week rental of the Audi R8, Lamborghini Gallardo, and BMW M3 GTR as consolation.

The game's environment is a mixture of Rockport from Need for Speed: Most Wanted and Palmont City from Need for Speed: Carbon. Players advance through the game by participating in race events and engaging in police pursuits. Cars handle in a similar manner as Need for Speed: Most Wanted, although vehicles will loose significantly more speed if they collide with an obstacle. The players progress is measured by their current level with a cap upon reaching level 50. Players can unlock more events by reaching higher levels. Players are offered reward cards after completing an event or finishing a police pursuit. This is similar to the reward card scheme in Need for Speed: Carbon. Players can only choose one of five cards. The rewards given to the player can be either power-ups, additional in-game currency, additional reputation, or high level performance parts.

The roads in World are a mix of Rockport and Palmont City. Both cities and their districts are connected by highways. The weather system in World doesn't feature rain or nighttime racing but does cycle daytime from sunrise to sunset. A Treasure Hunt element was added on June 28, 2011. The golf course in Rosewood was temporarily covered in snow during Christmas 2010 and in December 2011, and now December 2012.

The police chases seen in the game is similar to those seen in Need for Speed: Carbon, although new police models and usable power-ups have been added.

A player's vehicle will always receive a damage increase upon completing an event. The amount of damage a vehicle has sustained is displayed on the bottom right of the screen. It is shown in the form of a blue bar displaying a vehicle's structural integrity. A vehicle will be completely damaged once this bar is depleted at which point a vehicle will no longer have functioning tuning parts. Players can repair a vehicle with in-game cash although the amount required will differ depending on the vehicle's Tier and damage amount. A player can purchase "Insurance" on a vehicle with 250 SpeedBoost points. Insurance will prevent a vehicle incurring any form of damage although it only covers a vehicle for one week. Rental cars always have insurance.

Players are given a large amount of visual and performance parts. Cars can be equipped with bodykits, carbon fibre hoods, rims, and neons, however they have to be bought with SpeedBoost points. Cars can also have vinyls added to their bodies using in-game currency. The performance modding system is reminiscent of the one seen before in Need for Speed: Most Wanted. Each part can be replaced or modified by one of four Street, Race, or Pro performance parts made by various manufacturers.

The game features two types of power-ups: Event and Pursuit. Overall there is ten power-ups that can aid players and that can be upgraded the higher a player's Driver Skills are. Each power-up has a active delay (how long a power-up lasts), a cooldown period (how long before you can use a power-up and how long before you can use the same power-up again), and upgrade skills (what skills will upgrade each power-up). Power-ups can only be acquired if the player gets a power-up reward card after an event or pursuit or if it is purchased for 100 SpeedBoost.

The Driver Profile keeps a running tally of how many Events a player has participated in, won, and lost as well as their average finishing position. Players can find details of their Driver Profile in the Safehouse section of the game.