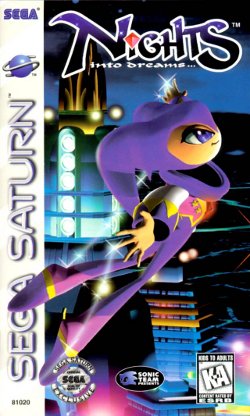 NiGHTS into Dreams..., is a video game released by Sega in 1996 for their Saturn system. The game's story follows two children entering a dream world, where they are aided by the main character, Nights. Nights was developed by Sonic Team, with Yuji Naka as producer and lead programmer and Naoto Oshima as director and designer of the character. The developers' intention was to make the sensation of flight the central gameplay element, achieved through 3D graphics and a combination of both 2D and 3D gameplay. The game was re-released in Japan for the PlayStation 2 on February 21, 2008. Sega has announced an updated version will be released in Fall 2012 as a download for the Xbox 360, PlayStation 3 and Windows. 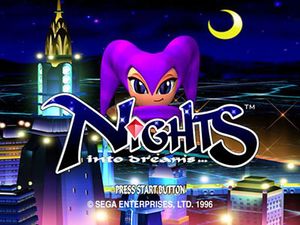