From StrategyWiki, the video game walkthrough and strategy guide wiki
(Redirected from Nintendo Wii)
Jump to navigation Jump to search 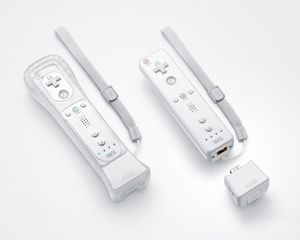 The Wii Remote Plus was announced on September 29, 1020. It is a Wii Remote with the MotionPlus built in.