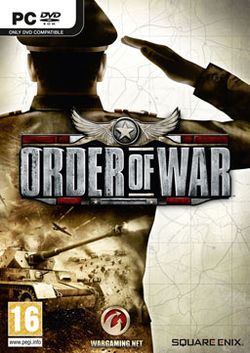 In the summer of 1944, the World War II entered its end-game when the Allies launched two major operations that would drive back German forces on both the Western and Eastern Fronts at once. Order of War contains two campaigns, one American and one German. Order of War allows players to lead American forces to victory in the west and also places players in command of the German forces charged with repelling the Red Army’s offensive in the east.