Due to the tremendous popularity of Pac-Man in the arcades, and the arcade operators' insatiable appetite to cash in on the craze, bootleg arcade manufacturers produced a number of unauthorized copies and alterations to the original game. It wasn't enough to try and sell a straight clone of the original game. Bootleggers competed with each other to create the most flashy modification that would attract more players. Most changes were purely cosmetic, altering the maze, or the looks of the characters, and some changes altered the point values for pellets, prizes, and eaten ghosts. Many of the changes included in some of the bootlegs below inspired some of the changes that were incorporated into an official Bally Midway release of Pac-Man Plus (which was third Pac-Man title in the series to have been created without the authorization of Namco). 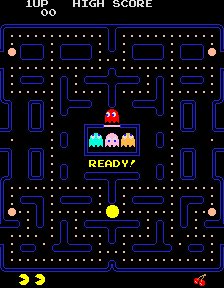 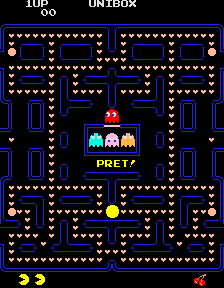 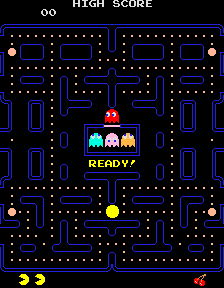 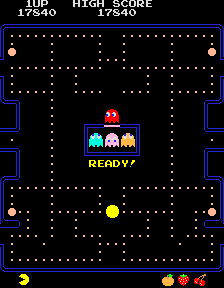 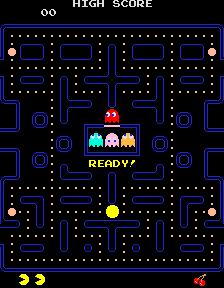 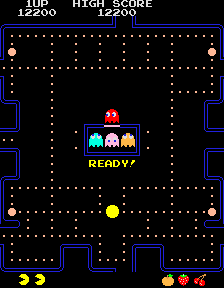 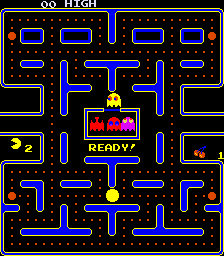 This is a hack of Pac-Man where the programming of the game is made to work on the hardware of a Galaxian machine instead of the original hardware. Galaxian is an older game, and therefore not quite as capable of displaying the game properly. When a ghost is eaten, and returns to the ghost regenerator, you see everything except for his eyes. The number of lives you have remaining and the number of the current round are displayed on the left and right sides of the screen, and the ghosts are introduced by their "alternative" names, from the original Japanese version on the title screen: Urchin/Macky (yellow/brown eyes), Romp/Micky (red/blue eyes), Stylist/Mucky (red/black eyes), and Crybaby/Mocky (purple/yellow eyes). Presumably, this bootleg was created and purchased by the arcades primarily due to its lower cost, or operator naivety. 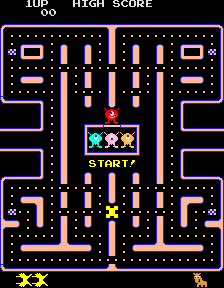 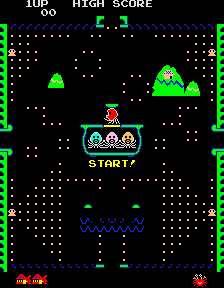