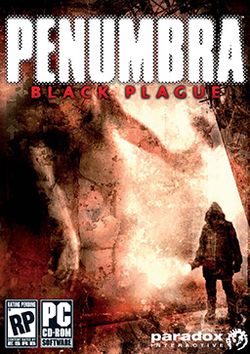 Penumbra: Black Plague is the second major installment in the Penumbra series. It is an survival horror that continues with the story of Philip during his exploration of a Greenland research facility. He learns more about the Tuurngait virus that appears to be causing the resident to become zombies,

This installment removes the primitive combat mechanics in the previous game, placing more focus on evading enemies and solving puzzles.