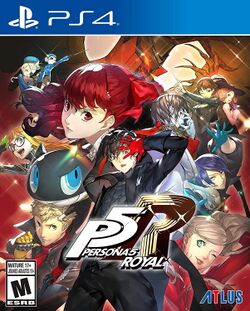 Persona 5 is a unique role player game that focuses on Joker and his friends aiming for a single common goal: turn people's distorted evil desires back to normal by stealing their treasures thus forcing them to admit their guilt and atone for the crimes they commit. This games story plays similar to the Japanese of the same name with the exception of the add on The Animation.

Persona 5 Royal is a definite edition made for multiple consoles and PC. Although not part of "The Animation", a lot of additions, changes and extensions were added to this version. The most prominent is a new female co-star Kasumi with her own backstory and is smoothly added to the overall storyline. Not to mention her arch enemy and his castle in which himself and his friends has to go in once more to restore normality in her storyline.