A haunting pipe organ plays in the background. Phoenix Wright has found himself at the edge of the cliff, and is confronted by...a supersized Judge? There is no escape, as the Judge's humongous gavel shoots toward Phoenix. *SLAM* 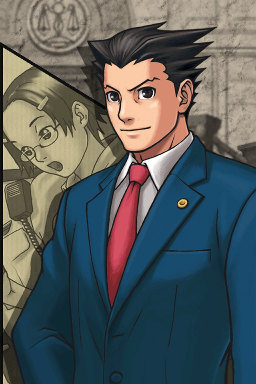 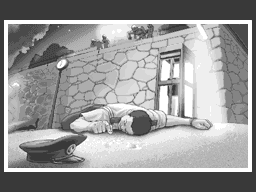 Phoenix Wright
A defense attorney, and the protagonist of this game. As Phoenix prepares for the trial, he is knocked out by a fire extinguisher. He comes to... but has severe amnesia! Can you defend someone without even knowing what you are doing... or who you are!?

Maggey Byrde
A policewoman and the defendant for this case. That's all you know about her. Maggey will tutor you through Court Mode in this case.

Dustin Prince
A policeman, and Maggey's boyfriend. He was murdered by an unknown person, suspected to be Maggey.

Winston Payne
A prosecutor who used to be called "The Rookie Killer", but has since fallen from grace. He was also your first opponent of your career. You only face him in this first case.

Richard Wellington
A smug witness for this case. He claims to be a first-class college student, and brags about it all of the time.

Maya Fey
A girl who claims to be your friend, but you don't even remember her.


Gumshoe is a detective with the local police force. He had taken a liking to Maggey while he was training her.