The case starts with a circus act. We are introduced to Maximillion Galactica, a magician with the power to fly. He flies over the stage, then wraps his cape around his entire body and disappears within it, wowing the crowd. 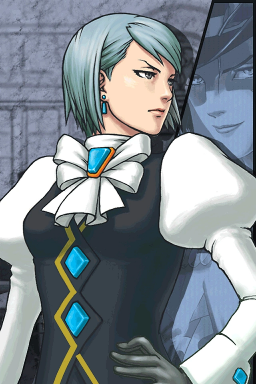 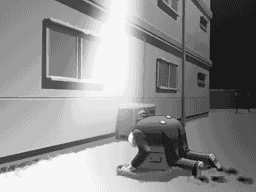 A defense attorney. Phoenix has just watched the circus only to learn that one of its members has been arrested. Can he defend a performer that all the other performers dislike, handle the annoying members of the circus, and clean his office in time for the New Year?

One of the world's most favorite magicians. He works for the Berry Big Circus. The other members of the circus see him as a jerk, but deep down, he is actually quite an emotional person.

Russell Berry (aka The Ringmaster)

Russell Berry was the ringmaster of the circus. He loves his members like they are his family, and they in turn love him back. He came up with new ideas for almost every tour, and his ideas almost always worked.

Franziska is the daughter of the feared Manfred von Karma. Like her father, she aims for only one thing throughout her life: perfection. Von Karma had a perfect winning record - until you came along, that is. Can you defeat her again?

Lawrence Curls (aka Moe the Clown)

Moe the Clown is, well, a clown. He is one of the oldest members of the circus, and his increasingly lame jokes show.

Ben is a very quiet and shy ventriloquist. He seems hopeless without his puppet Trilo. Trilo is a loud and rude puppet and a tenor. He seems to "control" everything that Ben does. He is in love with Regina Berry and plans to marry her somehow.

A young spirit medium in training, and your assistant. She is a big fan of Max, and as soon as she hears of Max's arrest, she calls you to meet her at the detention center (against your will, of course).

A homicide detective with the local police. He is a somewhat absent-minded detective and can be short tempered at times, but he is generally a friendly and helpful character. He is afraid of Von Karma, who has seemingly planted a tracking device on him.

An extremely cute "princess", the daughter of Russell Berry. She has lived her entire life in the Berry Big Circus as a wild animal tamer. She has won the hearts of many members of the circus, but has lived a sheltered life, not even fully comprehending the reality of her father's death.

Acro is a trapeze artist. His legs are broken, leaving him wheelchair-bound.

Acro's brother and partner, who is currently hospitalized.