The legal system is pretty much the same as the last game. You don't need to learn about the real-life court system to get any ideas of what to expect, as it is self-explanatory.

Unlike the last game, each case after the first has 2 trial days rather than 3, so you can expect a shorter game than before. Your goal in each case is to find all of your clients not guilty. However, if you annoy the Judge too much, your client will be found guilty and a GAME OVER will occur. The game will stop at nothing for you to prevail and win every case, even if you make mistakes and fail a few times.

It’s a good idea to read through the Getting Started, Controls, and even the Characters pages before starting.

It's an even better idea to play the first game first, to catch up with the story and avoid spoiling the plot thus far. If you want to know what happened before this game you may want to go back and finish the first game - otherwise, go right ahead and begin! 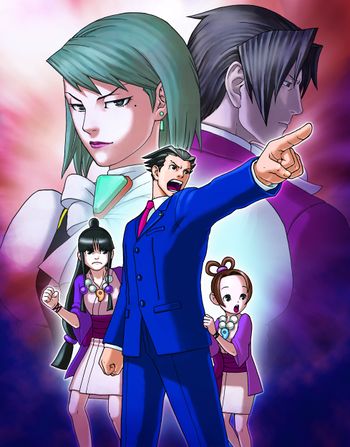