"Here in Khura'in, death is not the end. ... Fear not death. In the name of the Holy Mother... fear only the impurities of your soul." A body drops dead at the foot of a staircase, an ornate box drops to the ground, and the culprit stands over the scene. To cleanse the impurity of his soul, he decides to pin his crime on "the child" instead. 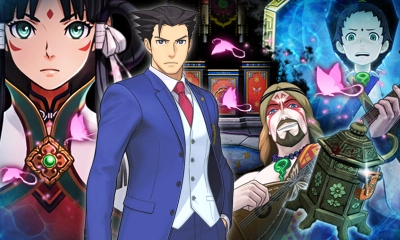 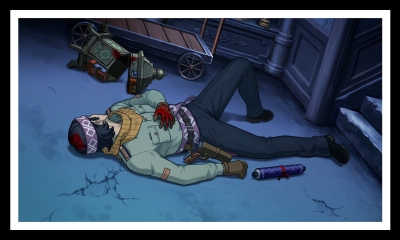 A defence attorney who travels to Khura'in to visit his former assistant Maya Fey, Phoenix inevitably gets drawn into a strange courtroom in a strange land to defend the helpless Ahlbi.

A tour guide and monk-in-training, who was showing Phoenix around Tehm'pul Temple when he was arrested at gunpoint. He stands accused of both murder and the theft of the Founder's Orb, a priceless national treasure.

A security guard at Tehm'pul Temple, who was allegedly killed by Ahlbi while the latter attempted to escape with the Founder's Orb.

Despite having been expelled from the prosecution service back home, this royal pain has somehow resurfaced here in Khura'in as the country's chief prosecutor, where he is known as "The Incredible Payne".

The head monk at Tehm'pul Temple. An expert dahmalan player, who performs at the twice-daily Dance of Devotion. He claims to have witnessed Ahlbi stealing the Founder's Orb from the temple's treasure room.

The princess of Khura'in, whose Divination Séances are said to reveal the truth behind a victim's final moments. She can also be seen performing the Dance of Devotion twice a day at the temple.

The Khura'inese Minister of Justice. An imposing, threatening man who doesn't seem pleased with your meddling in the Khura'inese justice system.