You arrive at the defense lobby not easily prepared. You meet Marvin Grossberg, your mentor. He says you wanted to take the case while you mention you already know something about what happened, maybe. You then meet Phoenix, your client, who looks like he is having a cold. It looks like he has a cold from the rain. You promise him you'll find him innocent. It will be hard to ignore Phoenix sneezing and Grossberg's haemorrhoid comments. Gross!

If you haven't meet Grossberg before, you'll see him in the first game. Play both "Turnabout Sisters" and "Turnabout Goodbyes" to learn more about his character in the game.

Mia introduces herself to you, the player. Her last case was a year ago, when she became haunted by the case. What happened? Mia will vow she will win... this time.

You arrive in the courtroom with Grossberg. Your opponent, Winston Payne. Payne will mention that the murder victim was Doug Swallow, a pharmacologist student at Ivy University. Payne will present the crime photo itself. He mentions that students discovered the body after the crime. Phoenix walked out in a suspicious way, so he was arrested. Crime Photo 1 will be added to the Court Record. You can check it out at any time.

Payne will say that Doug died of an unusual death, and wants you to guess how he died. You don't know how, but Grossberg tells you to look at the Court Record. It has all of the information you need to counter statements and answer questions. Open up your Court Record by pressing the Court Record button on the Touch Screen or the

button on your DS. You are asked what caused Swallow's death. You are given multiple answer choice. If you check the Autopsy Report, you will see that Swallow died of Electrocution.

Payne will now mention one vital piece, a motive. Apparently there was bad blood between Phoenix and Doug and there is a certain person who is causing it and he wants you to show who that person is. Who? Grossberg will tell you that you can also view people's profile's in the Court Records. In there, you can toggle between evidence and profiles using the Profiles button in the Court Records. You can also switch back to Evidence if you want. When you are asked who caused the bad-blood, go to Profiles and Present Dahlia Hawthorne. Dahlia was Phoenix's girlfriend, (Phoenix had a girlfriend?) and was with Doug until eight months ago.

Payne will now call in a witness: Phoenix Wright, but wait, wasn't he the defendant? But this is five years ago, and your defendant is a college student with a mask covering his mouth? Also he has a fever!

Phoenix will plead he didn't do it. The Judge will have him explain his relationship with Doug. Here we go, our first testimony! Listen well.

To newcomers or veterans who play the previous games, here's the button layout from the WiiWare version:

is to move the statement forward,

is to move the statement backwards and speed the text up if you already read them,

is to press the statement and present evidence,

is to check Court Record and find what evidence contradicts that statement. Also, you can check on Profiles to learn about each character.

Phoenix's Testimony: The Victim and I[edit]

Phoenix's Testimony
- The Victim and I -

It looks like The Judge understands, but Payne wants you to go through one thing, a cross-examination. Grossberg will explain to you that a cross-examination is where you take a look at the statements to find contradictions, lies that don't fit what you know. If you are curious of a statement, you can press it to learn more by touching the Press button on the Touch Screen or the

button while you are on that statement. If you want to present evidence to destroy that lie, you can press the Present button on the Touch Screen or the

button while highlighting the evidence on that statement.

So, let's go through the first cross-examination of the game.

The Victim and I: Cross-Examination[edit]

Can You Handle It Alone?
If you go right on the 4th statement as if you are going to the next statement, Grossberg will ask you if you can make it on your own. You are given choices. If you are a veteran of the series, then go ahead and choose I can handle it myself. Otherwise, pick I need some help. If you pick the former answer, Grossberg will leave you be. If you pick the latter, you will hear more of the Court Mode basics. It is your choice so choose wisely.

Highlight the 4th statement (about not talking to Swallow), and Press it. If Phoenix never knew Doug, then why did call him a "British-wannabe"? A new statement will be added.

Wonderful! You have just discovered the first contradiction of the game!

Payne tells you that you have proven that Phoenix didn't just stumble upon the body, Payne will consider Phoenix's cold and ask if he used a medicine called Coldkiller X to stop it. Phoenix will say he has, but how does Payne know? Payne will show another Crime Photo. It looks like the medicine with the same brand is on Swallow's hand. What's more, it has Phoenix's fingerprints all over it! Doug must have suspected Phoenix to use the medicine, so he took it from him and hid it in his hand, even to his death! Crime Photo 2 and Coldkiller X will be added to the Court Record.

Payne will also mention that Doug's wristwatch stopped working when Swallow was shocked. Phoenix will explain this in another testimony.

Press on the 2nd statement. Phoenix will say that Doug had at a laboratory filled with chemicals and high-voltage machines. You are given a choice to ask more, ask About Pharmacology Dept. High-voltage stuff? Phoenix will tell you that there were electric poles set up all around the building. Not to mention high-voltage cables all around. This sounds like good information.

Press on the 6th statement. Phoenix will say he always had lunch with "Dollie". 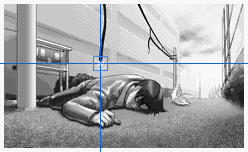 So Phoenix met Doug around the time of the latter's death and Phoenix left and came back for unknown reasons. Needless to say this testimony seems dull. The Judge ponders a question: How was the murder carried out? The murder weapon hasn't been produced yet. When given the choice, choose Establish murder method. Payne will now challenge you to show how Doug was killed. Present Crime Photo 1. The court wants you to show where. You will now examine the photo. If you see something interesting, place the cursor on it and Present it. In this case show a severed cable wire just on top of the body.

Recall, what Phoenix just said. There were high-voltage cables all around the building, so it is no surprise that one of them is severed and is completely deadly. Payne will now say Phoenix had opportunity. How did he took it? Fingerprints. Phoenix's fingerprints were all over Doug's jacket, so it is likely that Phoenix had pushed him to the wires.

This is bad. Phoenix's guilt is likely proven, and The Judge would like to end cross-examination. However, you encourage Phoenix to tell the real truth. Phoenix doesn't want to at first, but does so anyway after hearing that you trust him. Phoenix will blame himself for Doug's death. Why? Sounds like another testimony is afoot.

Phoenix's Testimony: When I Pushed the Victim[edit]

Phoenix's Testimony
- When I Pushed the Victim -

Phoenix will say there weren't any cables nearby when he shoved Doug.

When I Pushed the Victim: Cross-Examination[edit]

Press on the 3rd statement. A loud noise? Phoenix will say it sounded like a "SNAP". Payne will presume that that "SNAP" was the sound of the cable shocking Swallow. Ask for more details. Phoenix will presume that it was the sound of an umbrella snapping. Doug was holding an umbrella when he talked with Phoenix. When asked if this is important, say Of course it's important! A new statement will be added.

You now have given The Judge a reason to not give a final verdict, however he couldn't say that a huge hole has blown into Payne's claim's against Phoenix's plea. Phoenix's Testimony will be added to the Court Record.

Payne, unfortunately for you, isn't giving in just yet, as he has one more weapon, a witness. That witness is Phoenix's girlfriend Dahlia Hawthorne herself. Payne claims that she saw the whole thing. The Judge will call a 20-minute recess.

Phoenix will tell you about his relationship between him and Dahlia. They first met eight months ago in this very courtroom, the one you're in now. He was studying to become an lawyer. He bumped into her while he was reading downstairs. Dahlia gave Phoenix her necklace with a bottle attached, saying she wanted him to keep it. Phoenix believes it was a symbol of their relationship. Dahlia's Present will be added to the Court Record. Phoenix will last tell you that they have been dating since. During those dates, Dahlia would tell him that she wants it back.

You ask Phoenix if they met on August 27th in the courtroom. He answers yes. You will show him a newspaper clipping, saying that a murder happened in the same exact place on the same exact day! The Newspaper Clipping will be added to the Court Record. You tell Grossberg that you will handle the rest yourself. Grossberg will leave, leaving you on your own from now on.