Three people are on a bridge. Apparently, a man is holding a girl hostage. A police woman fires a gun and a figure drops off the bridge and jumps into the water.

We cut to Phoenix. What is he doing in a hospital? Anyway, he, for some reason, is checking files for Mia's first case as an attorney, just a year before they both met. Time for another flashback case. 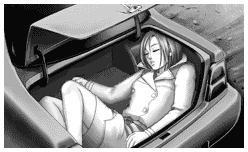 Mia Fey A rookie attorney at the time. This time we witness her debut case. Just what happened in this case that scared her out of court for one year?

Terry Fawles A young man who is already convicted for murder and is now facing a death sentence. He escaped from prison and is now accused of another murder! Can you manage to get him out this time?

Valerie Hawthorne A young police woman. Her sister was killed by what looks like was Terry once. Now she is killed by, you guessed it, Terry, unless you can prove otherwise.

Miles Edgeworth Mia's very first opponent... and vice versa. Believe it or not, the legendary prosecutor Edgeworth also debuted in this very case. He hadn't lost a case until he faced Phoenix, so things may not turn out so good.

Melissa Foster A witness for this case. Melissa seems sweet and delicate at first sight (let alone butterflies flying around her). Wait... does this sound familiar to you? She even looks familiar!

Diego Armando Mia's partner. Diego refers to her as "kitten". He really loves coffee and often drinks it now and then. (The habit sounds familiar too!)

Detective Dick Gumshoe A clueless and somewhat eager detective. He is prone to messing up and, as usual, is your first witness.

Dahlia Hawthorne A young girl who is said to be murdered by Terry and her body was never found. Does this name sound familiar?