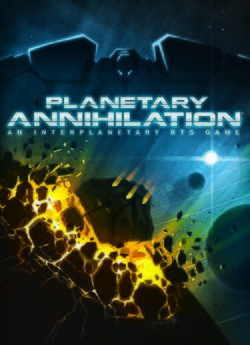 Planetary Annihilation is a cross-platform RTS game that is currently in its beta.

Like Total Annihilation and Supreme Commander, Planetary Annihilation lets two or more players duke it out on a planetary, and now interplanetary, scale. With land, air, naval, and now orbital units. Launch brutal full frontal assaults with tanks and mechs, bombard the enemy from a distance with artillery and aircraft, or go strategic with moon-based nuclear missiles and propelled asteroids.