Every stage in Pocket Fighter contains a number of cameos and references to other Capcom games. This page will attempt to describe them all. All references are described as they appear from left to right. Click on the thumbnails provided to see the full image in its original size. Please note that the quality of the images is not perfect, but as close as possible. Issues like parallax scrolling makes it difficult to create images. 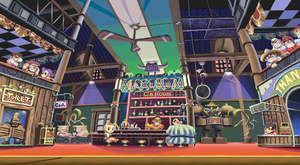 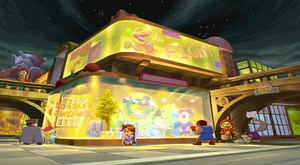 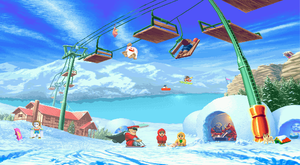 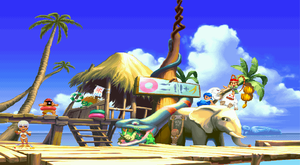 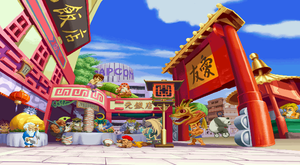 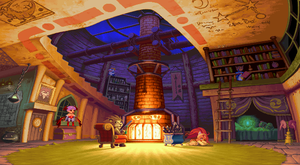 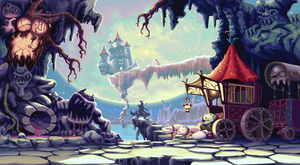 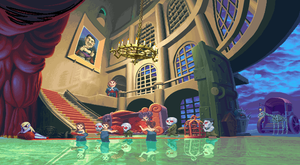 In the Sega Saturn and PlayStation versions of the game, there is a mode called Running Battle. This mode works like a Survival Mode. Running Battle uses an exclusive and continuous stage, with its own background music (the track is called "Never give up", by Isao Abe). Your character must walk through the stage from left to right. There are many intervals (battle points), where the player must stop and face an opponent (the last one is always Akuma).