Many friendly Slowpoke used to roam freely around Azalea Town, but something has made them disappear. It's pretty certain that Team Rocket is behind the disappearance. Hurry over to Kurt's House on the left side of town to get to the bottom of the mystery! 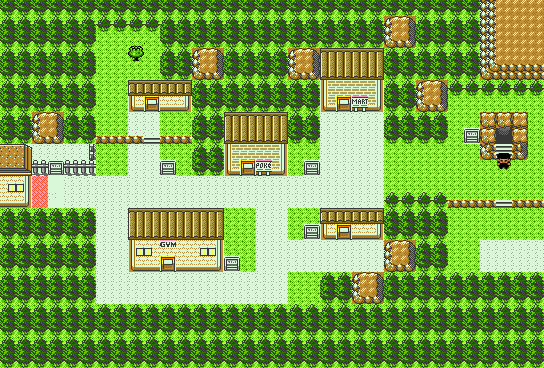 Three years later, and Team Rocket is still up to their old tricks. They've taken over much of Azalea Town and Kurt the blacksmith (directly above the Gym) is going to do something about it. When you get to Kurt's House, he gets upset and runs off to the Slowpoke Well in search of Team Rocket. He could probably use some backup, so follow him into the well (to the right of the Mart).

Once you've visited Kurt's House and learned the details of the Slowpoke disappearance, the man who was blocking the well will be gone. Go down into the well to help Kurt defeat the 5 or so Team Rocket members and make Azalea Town a safe place for Slowpoke once more (also grab the hidden Full Heal on the back wall of the well if you want). After the situation with Team Rocket is resolved, Kurt will re-open his shop and start forging powerful new Poké Balls. See below for details.

Although it is not shown, Kurt actually gives your Pokémon a heal after completing the Slowpoke Well, meaning you don't need to heal or hit the Pokémon Center before you go to the Gym.

Once you've clear out the Rockets, you can enter the Gym whenever you want. But when you try to leave Azalea Town to the west (before or after the Gym), your Rival will appear to challenge you. Make sure you heal and save first! Since his starter is usually his strongest Pokémon which has often evolved by now, it pays to train a strong Pokémon of the type it's most vulnerable to. A strong Electric-type could deal with many of your Rival's Pokémon nicely, especially if your rival has Croconaw. If your Pokémon are over Level 16 and are completely healthy, you should be able to outlast your Rival.

After you save the Slowpoke, the man inside the house below the Mart will tell you that his apprentice is missing. Look for the apprentice in Ilex Forest. When you find him, help him out. See the Ilex Forest section for more information on helping the apprentice.

Once you've helped the apprentice with his problem, return to the house to receive Charcoal, which increases the power of Fire-type attacks.

Once you've defeated Team Rocket, Kurt will reward you with a Lure Ball and re-open his shop. He forges Balls from Apricorns, which are found in certain Berry trees. There are seven different kinds of Apricorns, and each one will make a different Ball. The only kind you can get now are White Apricorns, which can be found right behind Kurt's House. Like Berries, the Apricorns grow back every day.

* Because of an error in the original Gold, Silver, and Crystal games, the Moon Ball does not function as intended. It is only as good as a normal Poke Ball.

It takes Kurt one day to make each Ball, so you'll have to bring him the Apricorn, and then wait until the next day to come pick it up. One cool feature new to the Crystal Version is that you can now give Kurt up to 99 of the same Apricorn each day. So stockpile several of the same type to save time. 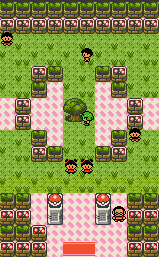 Once the Slowpoke have been saved and all is well again in Azalea Town, you can enter the Gym and take on its leader. A few Trainers are also inside the Gym. Nearly all of the people inside the Gym use Bug-type Pokémon, so take along Fire- or Flying-types.

If you chose Cyndaquil as you starter, you'll be in great shape for this Gym. But other players will have to rely on Pokémon with Flying attacks, like Pidgey's Gust or Spearow and Hoothoot's Peck, or Pokémon with Rock attacks like Geodude and Onix's Rock Throw.

Of course even your strongest Pokémon may not last long against Scyther's Fury Cutter. Fire, Flying, and Ghost Pokémon have partial resistance to this attack, but a Ghost is the best since it's completely resistant to Scyther's other attacks. Of course, a Gastly can't dish out much damage, so save some of your big guns, like Onix or Geodude, for this difficult final battle.

A strategy often used by speedrunners is to use Totodile's Rage on Metapod to build up their attack power and bring Scyther down in 1-2 hits.

When you've defeated Bugsy, he will award you with the Hive Badge and TM 49, Fury Cutter. Fury Cutter's attack power doubles when it's used continuously. The Hive Badge will give you the power to control Pokémon up to Level 30, and allow you to use Cut outside of battle.