Route 16 is short and leads to Route 17, which is a Bike Path. Once you start going downhill, you will keep going, even if you stop pushing Down on the Control Pad. You can stop to fish, but otherwise you have to move up or down the hill constantly. Route 18 is not downhill, so you can stop wherever you want to. 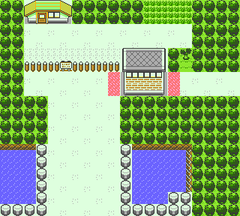 You'll have to use your bike on this steep road, and you'll whiz through it in a hearbeat if you don't stop to smell the flowers (and catch some rare Pokémon). Other than the hunting opportunities and a few junior trainers, there is nothing of interest in these three small areas. 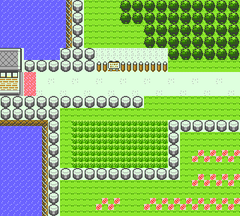