A volcano eruption has devastated Cinnabar Island, leaving little standing save the Pokémon Center. Even the Gym was destroyed! The Gym Leader, Blaine, moved the Cinnabar Island Gym to Seafoam Island, which is nearby. If you want the badge, you'll have to keep going. 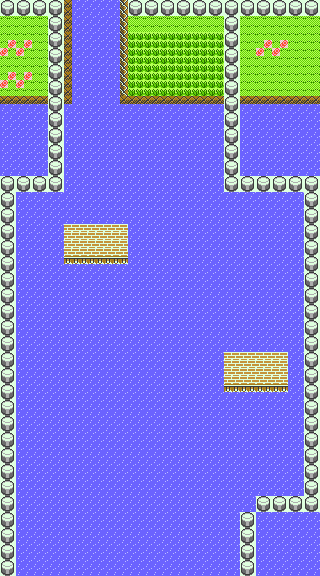 Catch Mr. Mime in the grass[edit]

In Gold and Silver, you can buy Mr. Mime at the Celadon CityGame Corner, buy why not save some coins and catch one here? In Crystal, this is the only place where you'll find one. They're fairly rare compared to the Tangela, but you'll get one if you stick with it. 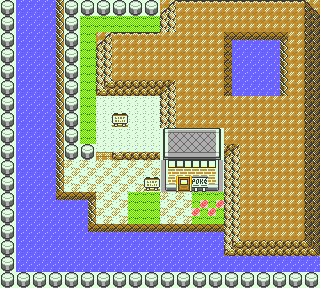 The Viridian City Gym Leader is... Blue? You'll meet up with him on Cinnabar Island. He's come to check out the damage caused by the lava, and it's clear that he feels a bit disappointed about all of the destruction. He will return to Viridian City Gym after talking to you. Don't take off after him—head to Seafoam instead.

Poor Blaine doesn't even have a town anymore, much less a Gym or disciples. Blaine moved the Cinnabar Island Gym to Seafoam Island after the volcano erupted. Surf to Seafoam Island, and seek him out in the small cave, attack him with a handful of Water Pokémon (or anything that knows Surf) and put him out of his misery. Afterward, you can Surf across the rest of Route 20, and up Route 19 to Fuchsia City.

Blaine uses mainly Fire-type Pokémon, so a combination of Water-, Ground- and Rock-types will easily extinguish Blaine's flames. Blaine is a crafty trainer, and he might surprise you with some of his attacks. 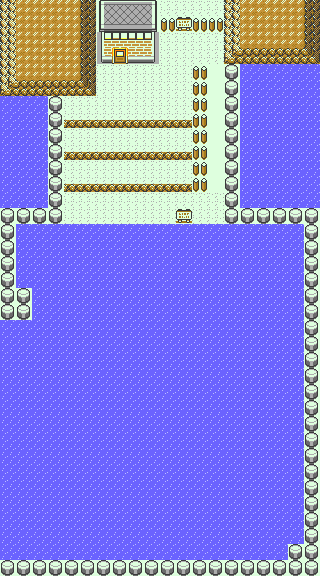 When you visited Fuchsia City earlier, you couldn't get to Cinnabar Island because of construction work. After you approach the road from the Cinnabar side, the work will be completed and you'll be able to go back and forth between Fuchsia City and Cinnabar Island.