Route 7 is another super short road that connects two cities; Celadon City and Saffron City. The building used to house an entrance to an Underground Path that led to Route 8, but it's been closed off because of unruly Trainers. 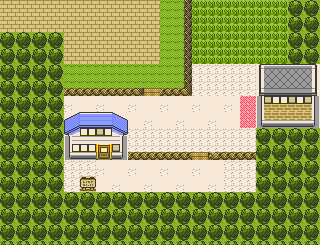 This small chunk of land leads to Celadon City (and contains another closed tunnel), but don't be concerned with that right now. What makes it noteworthy is the two Dark Pokémon that come out, naturally, at night. Half-Dark, half-Fire Houndour in particular evolves into one of the best Pokémon in the game. But even Murkrow is great for dealing with Sabrina's Psychic Gym.