Speak to the gate attendants to receive 30 Safari Balls. To catch any wild Pokémon you find, toss Safari Balls at them. Often you'll have to throw food or rocks to distract certain Pokémon, so try many different combinations when a particular Pokémon keeps escaping. When you run out of Safari Balls, or walk 500 paces, you'll warp back to the gate automatically. 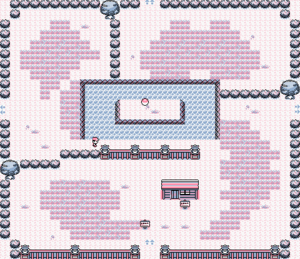 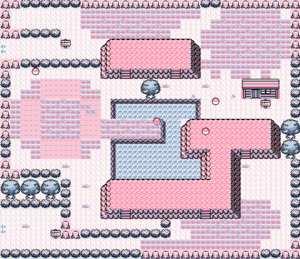 The nice thing about the Safari Zone is that you don't have to fight with Pokémon before you can catch them. Unfortunately, you can only catch them with the weak Safari Balls they provide you.

But you do have a few new options: you can throw rocks at Pokémon, making them angry. This makes them easier to catch, but they run away more quickly. Or you can toss out some bait, which makes them stick around longer, but they'll be harder to catch (despite the idea that they are distracted while eating food).

To make matters worse, the rarer the Pokémon, the harder they are to catch! You may see a Chansey only one time in twenty, but when you do, you'll probably need to nail her with two rocks before you can snare her in a Safari Ball. That's not to say you couldn't snare a Chansey, or any Safari Zone Pokémon, for that matter, without throwing rocks, but it makes it much, much more likely. And since she runs at a hair trigger, it may take ten or twenty tries until you can catch her, so be patient - really patient. Here's the icing on the cake: you only get 500 paces (steps) and 30 Safari Balls.

It is also smart to save your game before entering the Safari Zone. This way, if you don't happen to have any luck catching Pokémon, you can restart your game without losing

500. Additionally, you should look under the cheat section; there is a really helpful glitch in Cinnabar Island that can help you get Safari Pokémon easily. Be sure to remember that all Pokémon in here can be caught by just throwing a Safari Ball.

Note: throwing rocks almost always scares Pokémon away! Feeding them sort of helps, but they take a long time to eat. If you try to catch them too soon, they will either run, or the game will tell you that you missed and the Pokémon will go back to eating. The Pokémon that are not as great are easy to catch, however the opposite is true for the better ones. To catch a strong Pokémon you will need luck on your side. Another thing to note is that feeding a Pokémon too much can make it run away.

Secret House Sweepstakes
A Surfing Pokémon can carry you safely across any body of water. With this ability, you can finally visit the Power Plant and speak to the old man across the pond in Celadon City. It's recommended that you visit the Power Plant before heading south to the open ocean.

You'll be able to get around a lot better if you can cross the many ponds here, so your top priority should be to get to the Secret House (containing HM 03) in the northwest corner of Area 3.

This is more complicated than it sounds, especially in under 500 steps. Head east to Area 1 from the main entrance, cross the two cliffs, and out to the northwest to Area 2, then head all the way around to the exit in Area 2's southwest corner.

The house is just ahead, but don't forget to grab the Gold Teeth while you're in the neighborhood (see below). HM 03's Surf can be taught to just about any Water Pokémon, and is a surprisingly strong Water attack when used in battle. 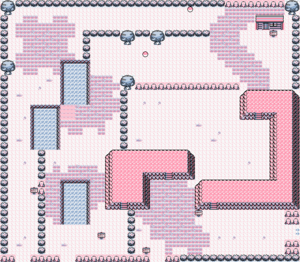 Surf Shortcuts
If one of your Pokémon has Surf, you can take shortcuts over the waterways in Area 2. Since the length of your stay in the Safari Zone is measured in the number of steps you take, it's smart to hop over.

Seems like you just got a new HM, doesn't it? Well, there's one more in Fuchsia City, and then you'll have the whole set.

It's HM 04, which the Warden will hand you when you return the Gold Teeth you found in Area 3. Use this on one of your larger Pokémon, and he'll learn Strength, a technique that lets you bat aside boulders like the one on the right side of the warden's office.

Use Strength on the boulder in the Warden's house to get at the Rare Candy that's just beyond your reach, and make sure you have easy access to the Pokémon you taught it to, since it will be a necessary item in later dungeons.

In battle, Strength doubles as a basic attack, comparable in power and accuracy to Tri Attack and Drill Peck. Like all HMs, it can't be unlearned, so give it to a Pokémon who needs a source of damage and doesn't get a lot of good skills, like your brand new Tauros. 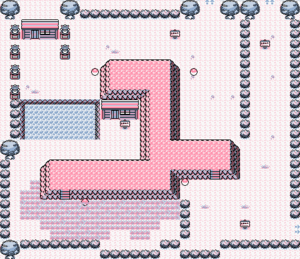 Fishing is a great way to pick up some rare Pokémon, especially since it doesn't count against your "time." You need the Super Rod to catch high-level Pokémon, but the Super Rod can also catch a Dratini (or in Yellow, a Dragonair), the best of the fishing lot. He may be dangling at the end of your rod, but you'll still need to use some stones to seal the deal.

The Main Area contains an island, and if you can reach it, you can claim a valuable Nugget. In Area 1, the Poké Ball on the ledge contains a Carbos. To the left of the house nearby, you will find a Full Restore. On the patch of ground that extends into the lake, a TM 37 can be found in the grass. And close to the entrance to Area 2, there's a Max Potion on the ground. There are just two treasures to find in Area 2: a TM 40 between two trees, and Protein to the left of the house. Searching Area 3 is vital in order to find the Gold Teeth which lies just to the south of the left entrance to Area 2. To the left of the teeth, you will find TM 32, while south of the teeth, you can collect a Max Revive. In front of the Secret House is a statue that seems a bit out of place compared to the others: examine it for a Revive. Make it all the way to the bottom-left corner of Area 3 to find a free Max Potion.