Now that you're the undisputed Pokémon League champion, it's time to capture the experimental Pokémon known as Mewtwo. If you select Continue after the credits roll, you'll pick up where you left off, with all of your Pokémon intact. Go back to Route #24, just north of Cerulean City. Dive into the water and Surf south until you reach a cave. Mewtwo is in there, on the lowest level.

The game's not over quite yet. After the ending, the game will automatically be saved. Load it up any time afterwards and you'll find yourself where it all began, at your home in Pallet Town. Nothing has changed anywhere in the world, except for one small detail. The guy standing outside of the cave right outside of Route #4 is gone, and you can now enter the game's final dungeon. To get there, you'll need to go up to Route #24 and Surf to the south, or just go up to Nugget Bridge and Surf on the river beside it and go west.

The only real treasure in this cave is Mewtwo, the Pokémon that awaits at the end, a la Zapdos, Articuno, and Moltres. It's even harder to catch than those three, though, so hit a Poké Center first and get out that Master Ball. In addition to Mewtwo, the Unknown Dungeon is one last opportunity to catch some rare Pokémon and fill up your Poké-Dex. You can get Pokémon that were previously only available in the Safari Zone. like Chansey and Rhyhorn, as well as evolved forms of more common Pokémon.

The dungeon's layout differs drastically between the Red/Blue and Yellow game paks, so both maps are presented here. Getting to the end is easier in Red/Blue, where you can go straight to point E, then to F and G. Yellow players will need to hit each and every ladder from A to G in order. 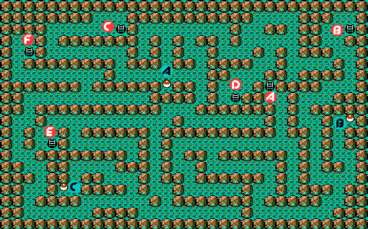 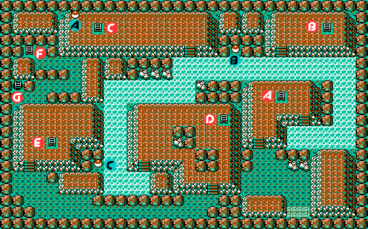 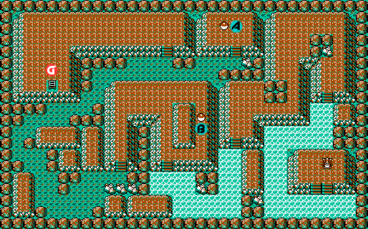 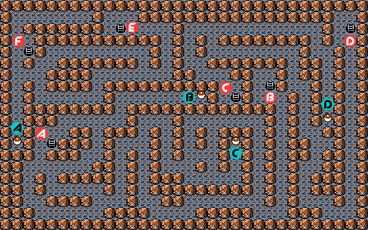 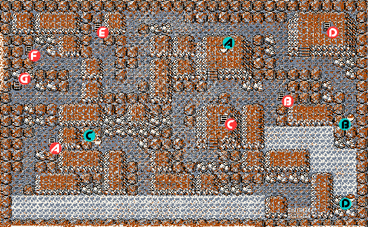 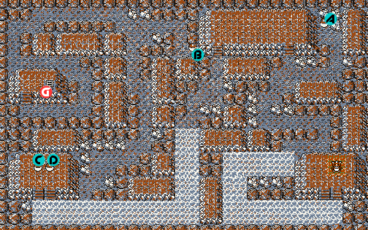