When you arrive in the Granite Cave, a hiker will give you HM05 (Flash). This will help you see in the darker lower levels of the cave; it also reduces the opposing Pokémon's accuracy in battle. However, if you don't have the Knuckle Badge, you won't be able to use it outside of battle.

Head west and grab the Escape Rope, then go down the nearby ladder. 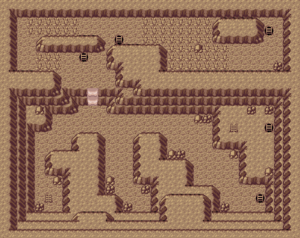 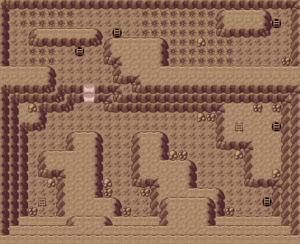 Search the passage south of the slippery sand slope for a Pokéball. In the bottom right corner, go down another ladder. 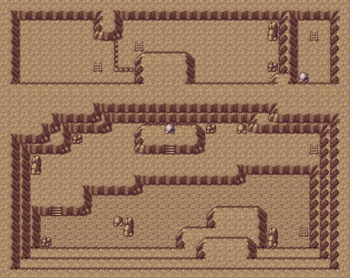 On the third level, head west to find some stairs. Go north, then move east to find a ladder. Be sure to check the white rock on top of a small raised platform to get an Everstone. Go up the ladder, then up a second ladder.

If you have a pokémon with Rock Smash, smash some rocks and a Nosepass should turn up. 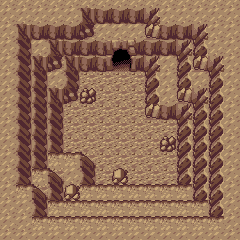 Back on the main level, head west and you'll find a cave entrance. Inside is Steven Stone. Give him the letter, and he'll give you TM47 (Steel Wing), a Steel Type move that deals damage while possibly increasing your Defense.

Once you get the Mach Bike, you should return to the second floor of Granite Cave. Go to the slope that you couldn't walk up. Your Mach Bike will easily be fast enough to ride up the slope, granting you access to a new area of Granite Cave.

Once you're up, go down the ladder for a Repel. Climb back up and ride your bike across the cracked floors until you touch the wall. Don't stop halfway or you will fall to the floor below and will have to climb back up. Go all the way up the wall and go past the second set of cracked floors until you reach the second ladder. This ladder acts as a checkpoint, so if you fall through the floor you can try again from this ladder. The final set of crumbling floors are a little tricky. You must go right, down and right without hitting anything, or you'll lose your momentum and fall back down. Once you've past this stretch of floor, go down the final ladder for a Rare Candy as well as an Everstone hidden inside the white rock.