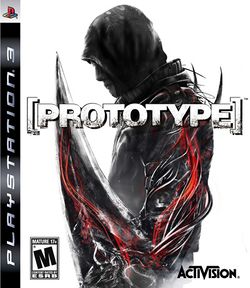 A sequel, Prototype 2, is currently in development and will be released in 2012.

The game is set in New York City as a virus infects people and the military attempts to put an end to it. The protagonist of the story is named Alex Mercer, who has enemy-absorbing and shapeshifting powers. He can take memories, experiences, biomass and physical forms of the enemies through absorption. Alex can also shapeshift into more specialized forms for attack, defense or sensory enhancement. All of these together are intended to give players multiple ways to complete their objectives. Parallel to the game's storyline is the ability to play the game as a sandbox-style video game giving the player free roam of New York City.