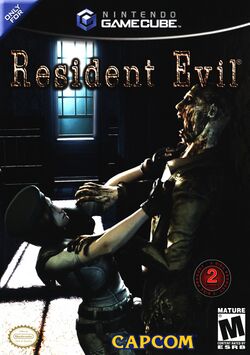 Several changes have been made to the areas found in the game, such as the extension of the Mansion, and an all-new graveyard and cabin found in the Courtyard. FMV cutscenes in the original have been replaced with CG versions, and new voice actors along with a new script were also used. New puzzles, new enemies, and new weapons have also been added to the game, adding a new depth and larger challenge. The main storyline remains unchanged from the original, only adding a couple of new surprises and a larger explanation onto what was going on in the story at the time. In REmake, you play as either Jill Valentine or Chris Redfield, who both play very differently from one another.